1895 – 1973 | The Chicago Maternity Center: An Important Chapter in Obstetrics

The Chicago Maternity Center — which operated from 1895 until 1973 on the near-west side of Chicago — was the only obstetrical home delivery program in the nation and the brainchild of Joseph DeLee, 1891 MD, chair of the Department of Obstetrics at Northwestern from 1896 until 1929.

An advocate of specialized maternity hospitals, DeLee nevertheless believed home deliveries were the best alternative for a medically underserved neighborhood where families often lacked trans-portation and faced racial discrimination at area hospitals. Medical students from Northwestern, University of Wisconsin, and Chicago Medical School spent two-week rotations at the center, living at nearby Booth House between deliveries. The facility trained 13,000 physicians and 14,000 medical students, and delivered 145,000 babies.

More than 100,000 of these births were overseen by Beatrice Tucker, MD, an associate professor of obstetrics and gynecology at Northwestern, an early resident of DeLee’s program, and director of the center from 1931 on. Largely responsible for the growth of the center, Tucker lived in its basement during the Depression and later moved to the third floor, where she lived until 1971. During its peak years from 1929 until 1941, the center facilitated an average of 360 home deliveries per month. Tucker, who was affiliated with the center until well into her 70s, remained a steadfast advocate for women’s health for the rest of her career. Today, Feinberg recognizes distinguished fourth-year students with the Beatrice Tucker, MD, Award in Obstetrics and Gynecology for service and advocacy.

The Maternity Center closed in 1973 to make way for the construction of the University of Illinois Circle Campus. A new women’s hospital was on the horizon for Northwestern: Prentice Women’s Hospital opened in 1975, offering obstetrical care in a safe and secure hospital environment with all the care and attention to mother and child that had been a hallmark of the Maternity Center.

Advocating for People Who Use Drugs
New Beginnings 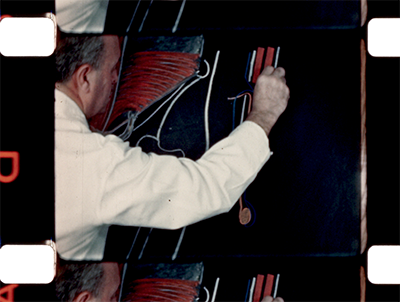 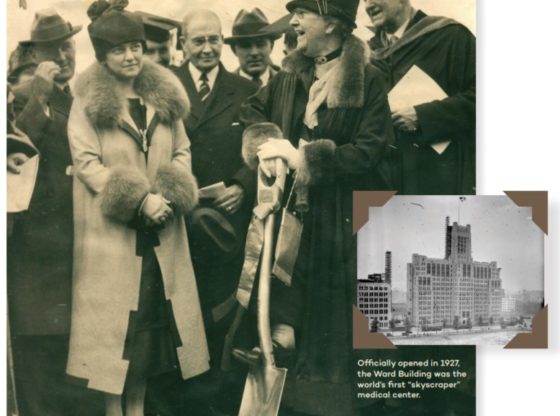